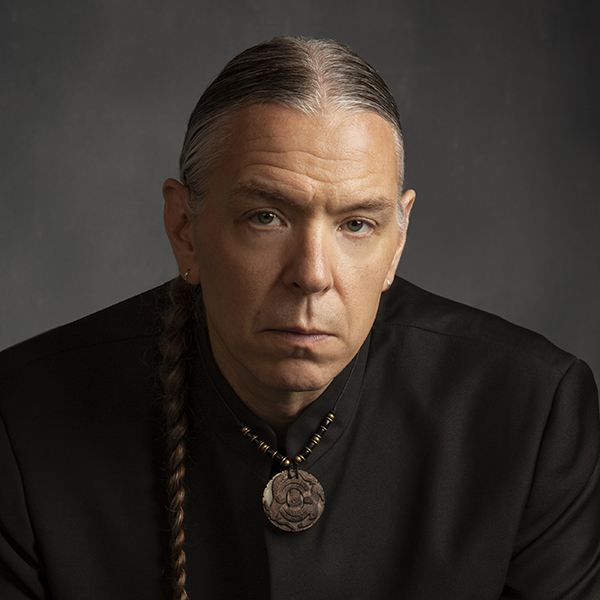 Work for harp and cello

Recent commissions include Shell Shaker: A Chickasaw Opera for Mount Holyoke Symphony Orchestra, Ghost of the White Deer, Concerto for Bassoon and Orchestra for Dallas Symphony Orchestra, Hózhó (Navajo Strong) and Ithánali (I Know) for White Snake Opera Company. His music was recently featured on the HBO series Westworld.

Mr. Tate is a three-time commissioned recipient from the American Composers Forum, a Chamber Music America’s Classical Commissioning Program recipient, a Cleveland Institute of Music Alumni Achievement Award recipient, a governor-appointed Creativity Ambassador for the State of Oklahoma and an Emmy Award winner for his work on the Oklahoma Educational Television Authority documentary, The Science of Composing.

In addition to his work based upon his Chickasaw culture, Tate has worked with the music and language of multiple tribes, such as: Choctaw, Navajo, Cherokee, Ojibway, Creek, Pechanga, Comanche, Lakota, Hopi, Tlingit, Lenape, Tongva, Shawnee, Caddo, Ute, Aleut, Shoshone, Cree, Paiute and Salish/Kootenai.

Tate earned his Bachelor of Music in Piano Performance from Northwestern University, where he studied with Dr. Donald Isaak, and his Master of Music in Piano Performance and Composition from The Cleveland Institute of Music, where he studied with Elizabeth Pastor and Dr. Donald Erb. He has performed as First Keyboard on the Broadway national tours of Les Misérables and Miss Saigon and been a guest pianist and accompanist for the Colorado Ballet, Hartford Ballet and numerous ballet and dance companies.

Mr. Tate’s middle name, Impichchaachaaha’, means “his high corncrib” and is his inherited traditional Chickasaw house name. A corncrib is a small hut used for the storage of corn and other vegetables. In traditional Chickasaw culture, the corncrib was built high off the ground on stilts to keep its contents safe from foraging animals.

Work for harp and cello

Look for more information about this work coming soon.