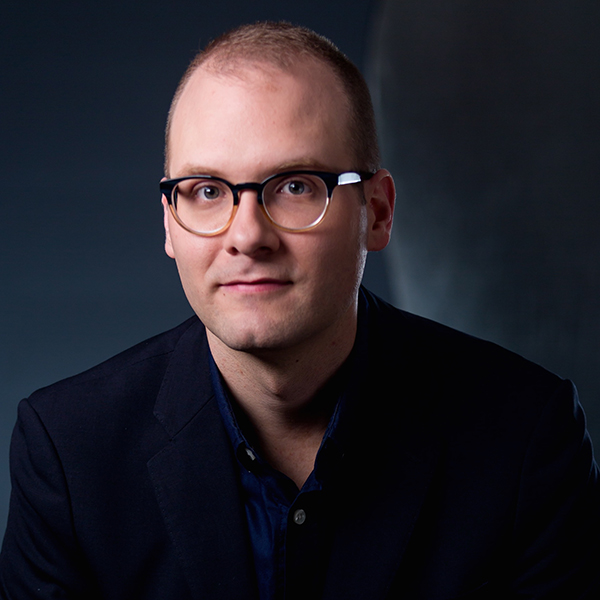 Praised by the New York Times for his “polished orchestration” that “glitters, from big-shoulders brass to eerily floating strings,” Michael Ippolito’s music has been performed by leading musicians in venues around the world. Drawing on a rich musical background of classical and folk music, and taking inspiration from visual art, literature and other art forms, he has forged a distinctive musical voice in a body of work spanning orchestral, chamber and vocal music.

He has received numerous awards, from the American Academy of Arts and Letters (Charles Ives Scholarship), The Juilliard School (Palmer Dixon Prize) and ASCAP (multiple ASCAP Plus Awards). Recently, his wind ensemble work West of the Sun was given an honorable mention in the 2014 Frederick Fennell Prize and his String Quartet No. 3 “Songlines” was selected 2019 Call for Scores winner by the Tesla Quartet.

He was a composer fellow at the Aspen Music Festival and the Cultivate program at the Copland House in 2012. From 2004-2011, he was a participating composer and performer in MusicX, an innovative festival of new music in Cincinnati and Switzerland, where he worked as General Manager from 2008-2011. He has also participated in the “Upbeat Hvar” International Summer School in Croatia, Yiddish Summer Weimar in Germany and the Oregon Bach Festival’s Composers Symposium. Ippolito is currently Associate Professor of Composition at Texas State University. He studied with John Corigliano at The Juilliard School and with Joel Hoffman and Michael Fiday at the Cincinnati College-Conservatory of Music.

Mythos is based on the story of Theseus and the Minotaur. In the original tale, the Minotaur was a monster – half-man, half-bull – who lived in an elaborate labyrinth kept by the king of Crete, Minos. King Minos ruled Athens from across the sea and demanded they send a tribute to him every nine years: seven young men and seven young women who were put into the labyrinth for the Minotaur’s prey. Theseus, the Athenian hero of the story, was sent to Crete as part of this tribute, but instead managed to kill the Minotaur, and then retrace his steps out of the labyrinth (with the help of a string given to him by Ariadne, King Minos’ daughter). I became fascinated with this story and also by Jorge Luis Borges’ 1947 story La casa de Asterión. Borges puts a twist on the standard myth, telling the story from the Minotaur’s point of view, as a misanthropic loner, living out his seemingly endless days in his home of seemingly endless corridors and rooms. The Minotaur marks time according to the sacrificial offerings and waits for deliverance at the hands of his “redeemer.” At the end the of the story, the perspective shifts abruptly to Theseus: “Would you believe it, Ariadne?…The minotaur hardly put up a fight.”

Mythos is in three movements. First, a brief, improvisatory “Prologos” sets the atmosphere, introducing fragments of music that will reappear in the next two movements. “Lavyrinthos” is a musical depiction of Theseus running through the twisting paths of the labyrinth. In this movement, the structure of “turns” – shifts in harmony, or transitions between musical ideas – follows the structure and proportion of a classical seven-course labyrinth, a design found on coins and other artefacts from over two millennia ago. This movement ends at the center of the labyrinth, where I imagine a brief pause as Theseus and the Minotaur encounter each other, before Theseus dispatches the Minotaur with a single blow. The final movement “Lyrikon” is an imagined song from the Minotaur’s perspective. Since the Minotaur is dead, in my mind, the only way for its voice to be heard is through the instrument itself. So, the harp becomes a lyre – not formed from the entrails of Apollo’s sacred cow, as another story goes, but from the body of the slain Minotaur.